Centrair Airport Music Festival is an original event that symbolizes a smile filled Centrair, by using flowers, greenery, and music.
It began in January 2011 as a professional-amateur mixed and all-genre music event. From 2016, genre projects such as jazz, chorus, and marching bands were created one after another, and now we have various music programs for each season throughout the year. 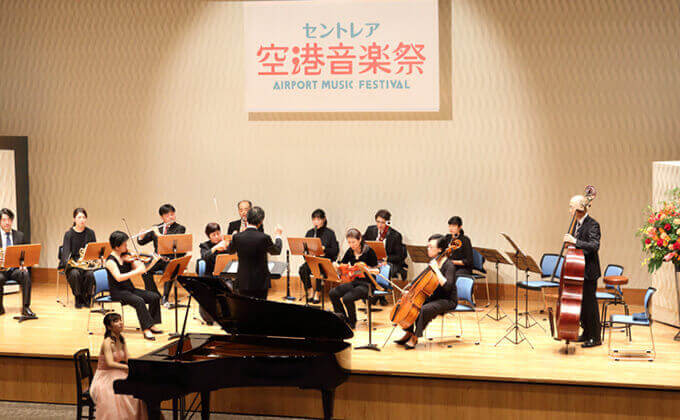 An international airport is a place where people from various countries pass through. Centrair Airport Music Festival takes this concept and replaces it. Various music is performed by professional and amateur musicians, taking turns, and sometimes collaborating. You can enjoy heartwarming concerts and live performances.
Whether hearing a musician you don't know, or a style of music you've never heard, before you know it you'll stop to enter and listen. Then you will join with the smiling faces, and be struck by the figure onstage playing with enthusiasm. That is the Centrair Airport Music Festival. 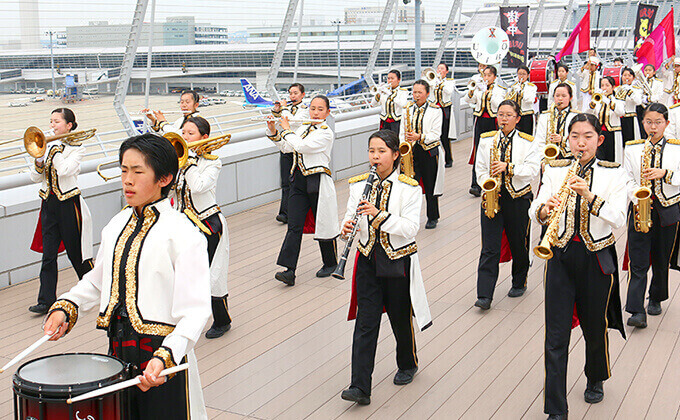 Various Places in Centrair that act as Concert Halls

In addition to Event Plaza and the Centrair Hall, various locations around Centrair such as Sky Deck and Center Pier Garden host The Centrair Airport Music Festival series of projects.
In the SKY MARCHING FESTIVAL, marching bands parade on Sky Deck. With the sky and planes in the background, the figure of the parade is a refreshing feature of spring.

With our focus on the Centrair Airport Music Festival, we have been supporting the music scene at Centrair for a long time and have given greatest contributors the title of Music Hall of Fame to honor their achievements.

Winners in the Performing Category 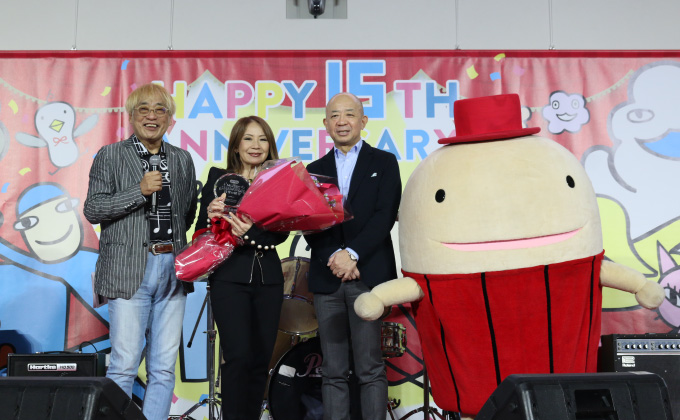 *This image is a commemorative photo taken during the presentation of the Music Hall of Fame Award.
Pictured from left are the master of ceremonies Tatsuo Kawahara, Junko Yagami, Riki Inuzuka, and the Centrair Mascot "Mysterious Traveller Fuu."

Winners in the Planning/Directing Category Introduction Inc. Representative Director
Produced and operated all Centrair Airport Music Festival and spin-off projects from the first held event to the present. 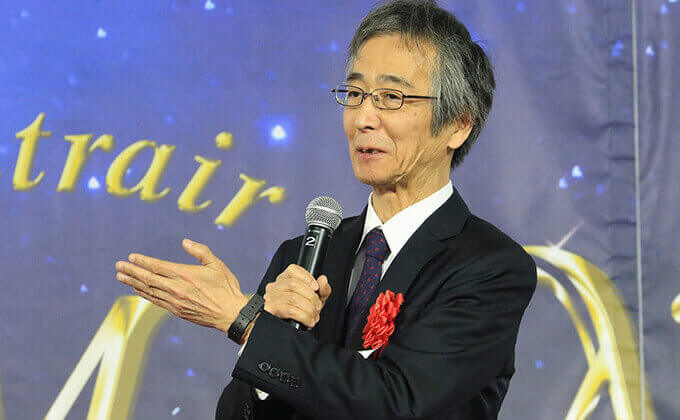 Clarinet Player
He oversaw all the Centrair Airport Music Festivals from the first event to the present. Cooperating and fostering exchanges with local amateur musicians. 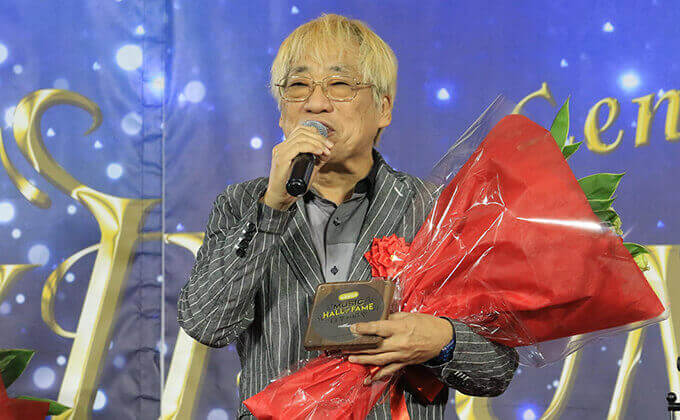 Musician / Talent
He has been in charge of the general presidency at all Centrair Music Festivals, from the first event to the present. A personality with abundant music knowledge and pleasant talk. 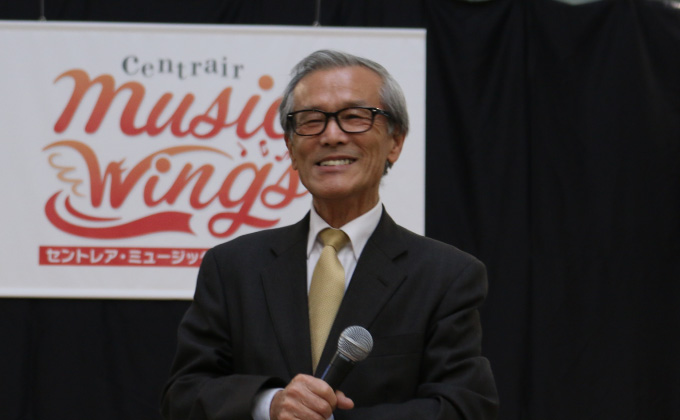 Japan Marching Band Association Tokai Branch Adviser
He contributed to starting up projects of separate genres for the "Centrair Airport Music Festival" with the "CENTRAIR SKY MARCHING FESTIVAL" in the spring, and "Centrair Music Wings" in autumn. He also currently supervises the above projects. 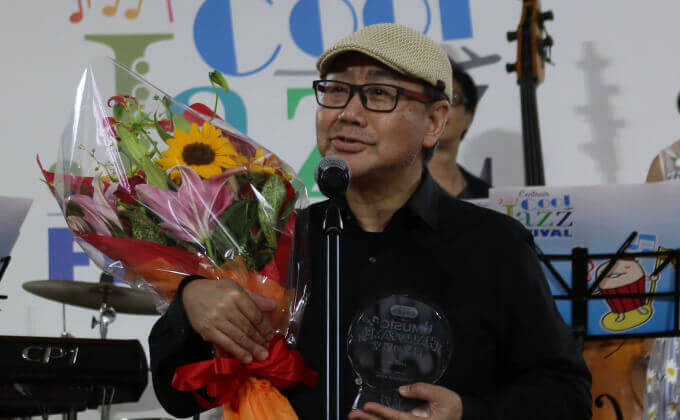 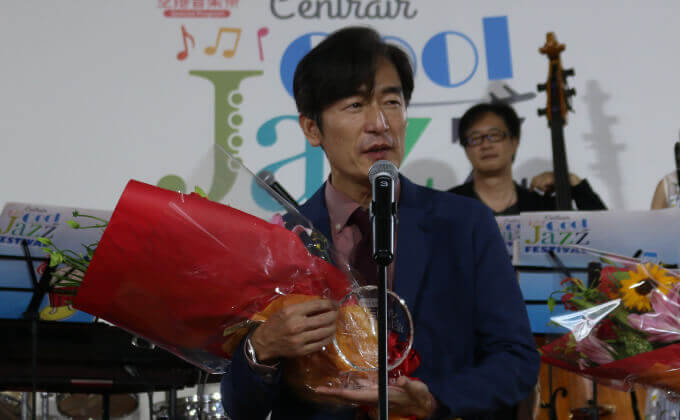 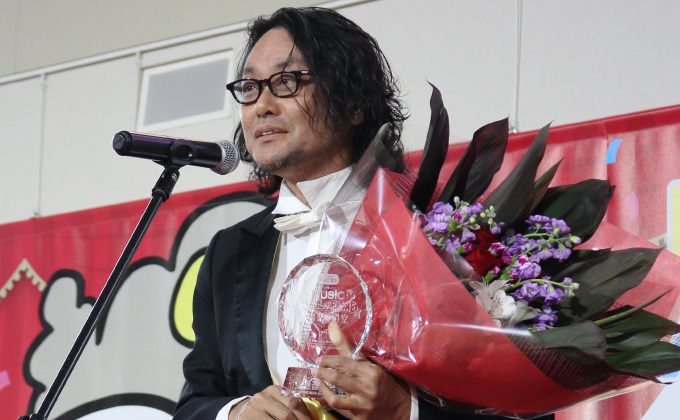 Sugitetsu representative, music writer/arranger
Oversees the autumn Centrair Music Wings and winter Centrair Airport Music Festival.
He also performs on stage himself as Sugitetsu and takes part in collaborations with other performers such as the TOHO MARCHING BAND. 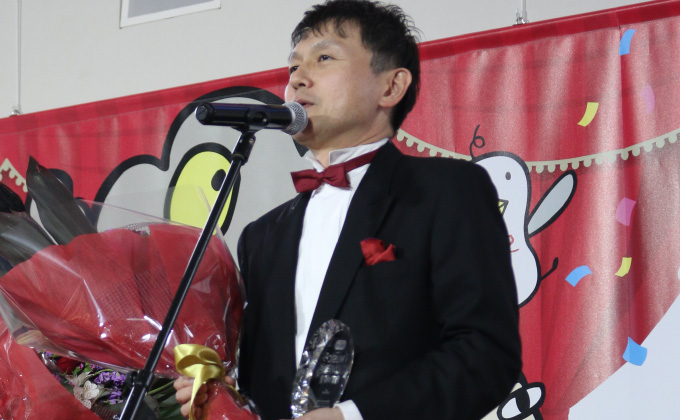 Scheduled Events for the Year 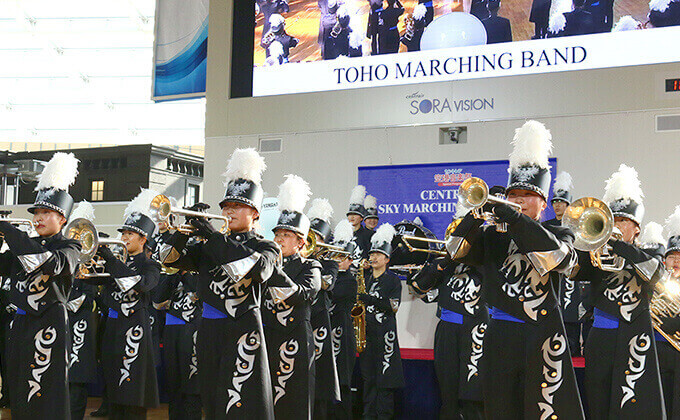 A parade on the Sky Deck set against the background of the blue skies and airplanes. A floor show at Event Plaza where a lively performance unfolds. You can enjoy the splendid performance of the marching band a feast for your senses. (Scheduled to be held in May) 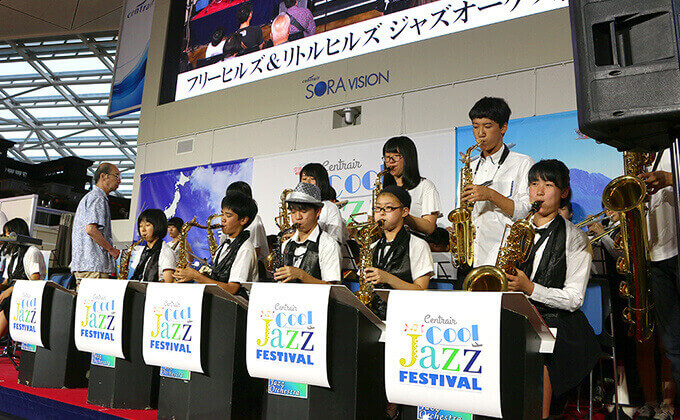 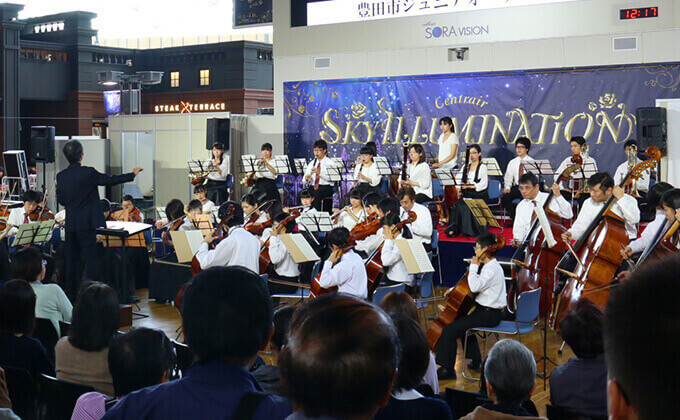 An amateur orchestra gathers at Centrair for a large performance with both orchestra and wind instrument elements. In the middle of the passenger terminal, the performance by the entire organization is a masterpiece. (Scheduled to be held in November) 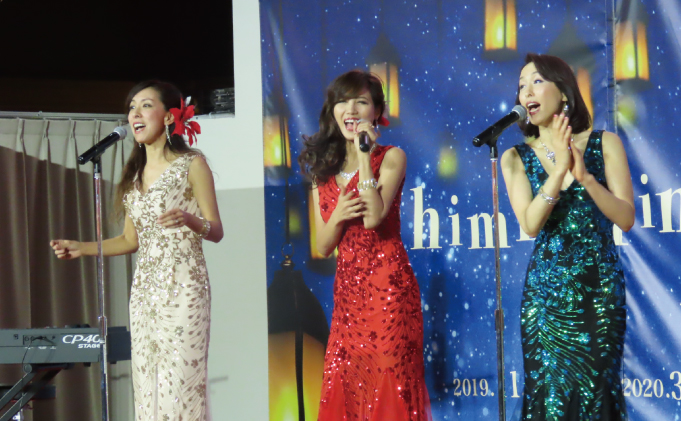 Held at the same time as the Christmas market, they resound with a beautiful harmony when everyone is caught up in the Christmas mood at Centrair. (Scheduled to be held in December) 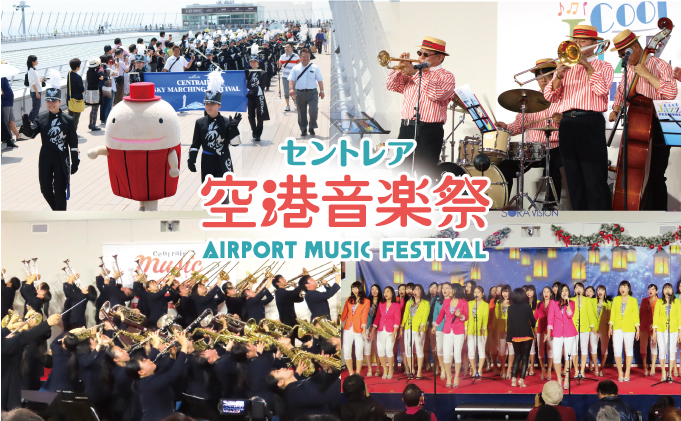 This is the culmination of music events that are held year round.
In addition to performances from representative marching bands, jazz bands, orchestras, and choruses, this is an event for all genres of music that is not confined to the above-mentioned genres. There are also performances from musicians that make their way through an audition of about 90 entries (this was the number in 2019). (It is scheduled to be held starting in February)

For People who Desire to perform